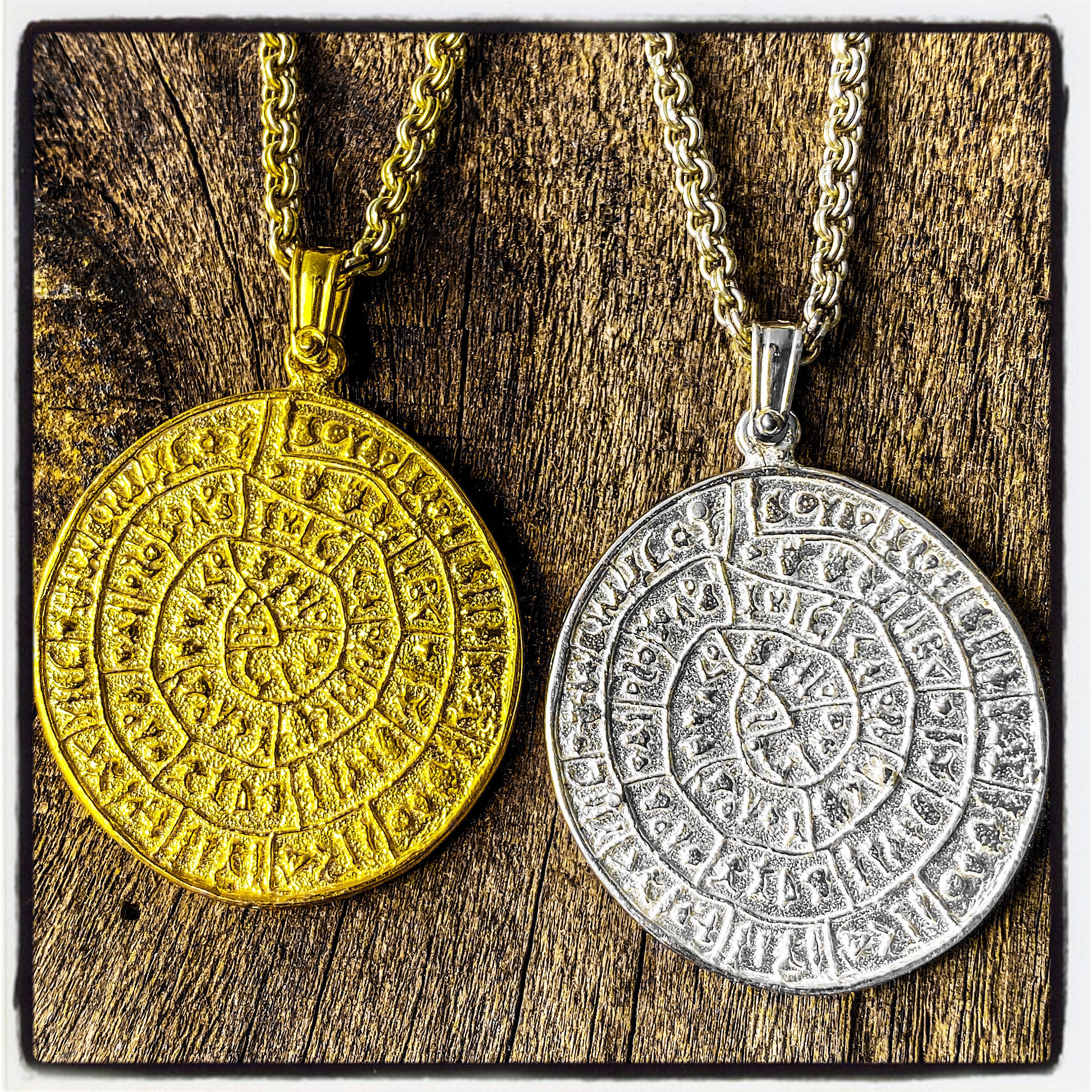 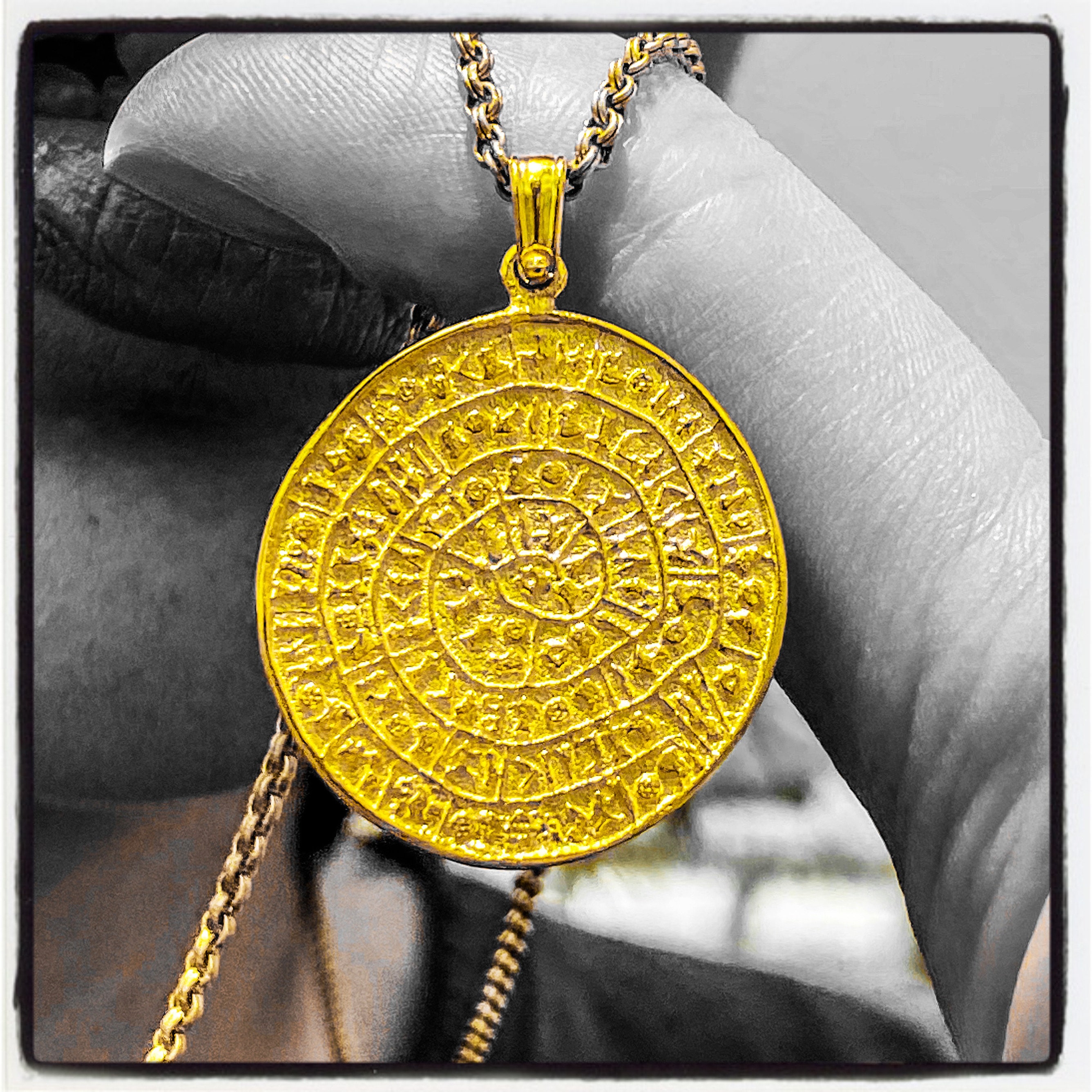 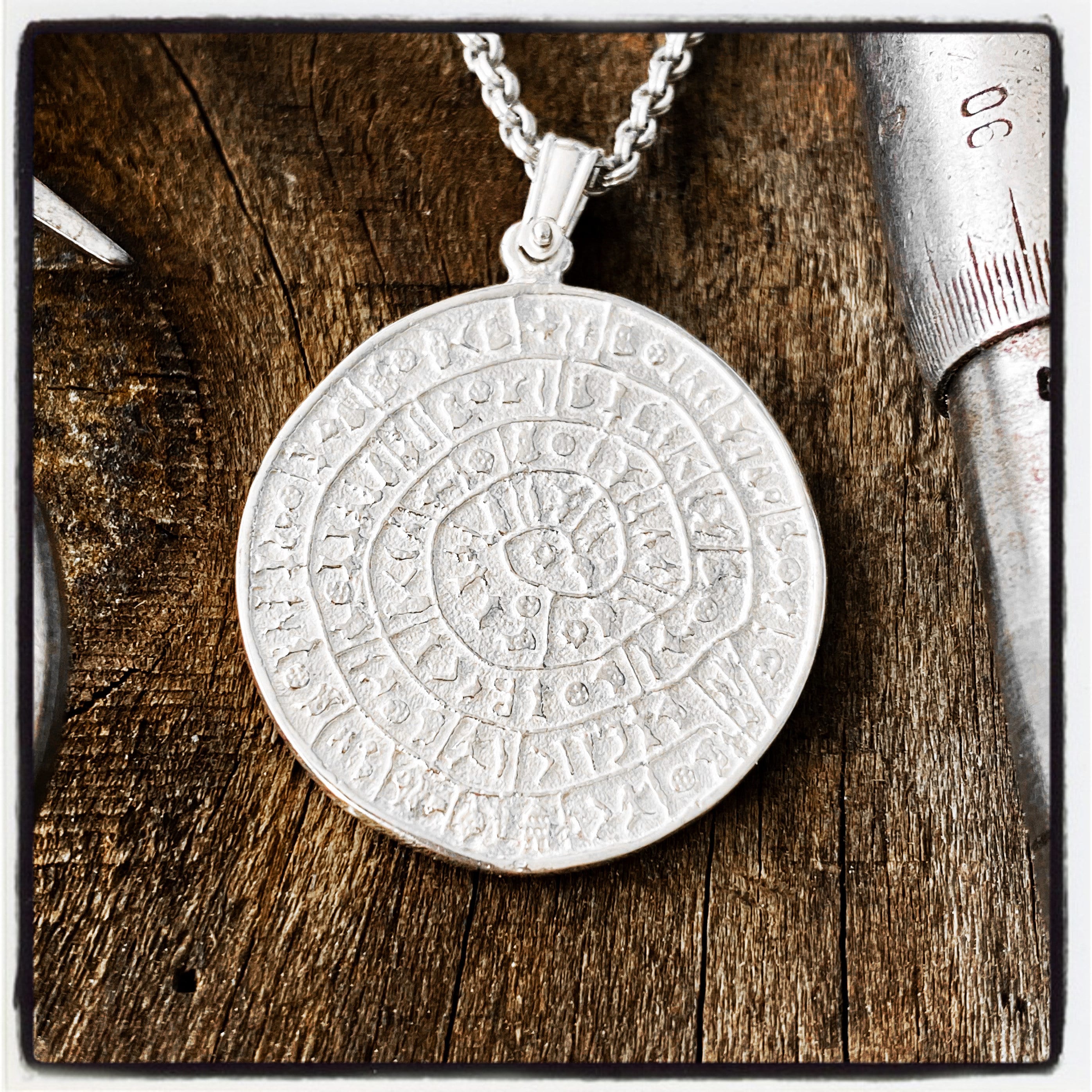 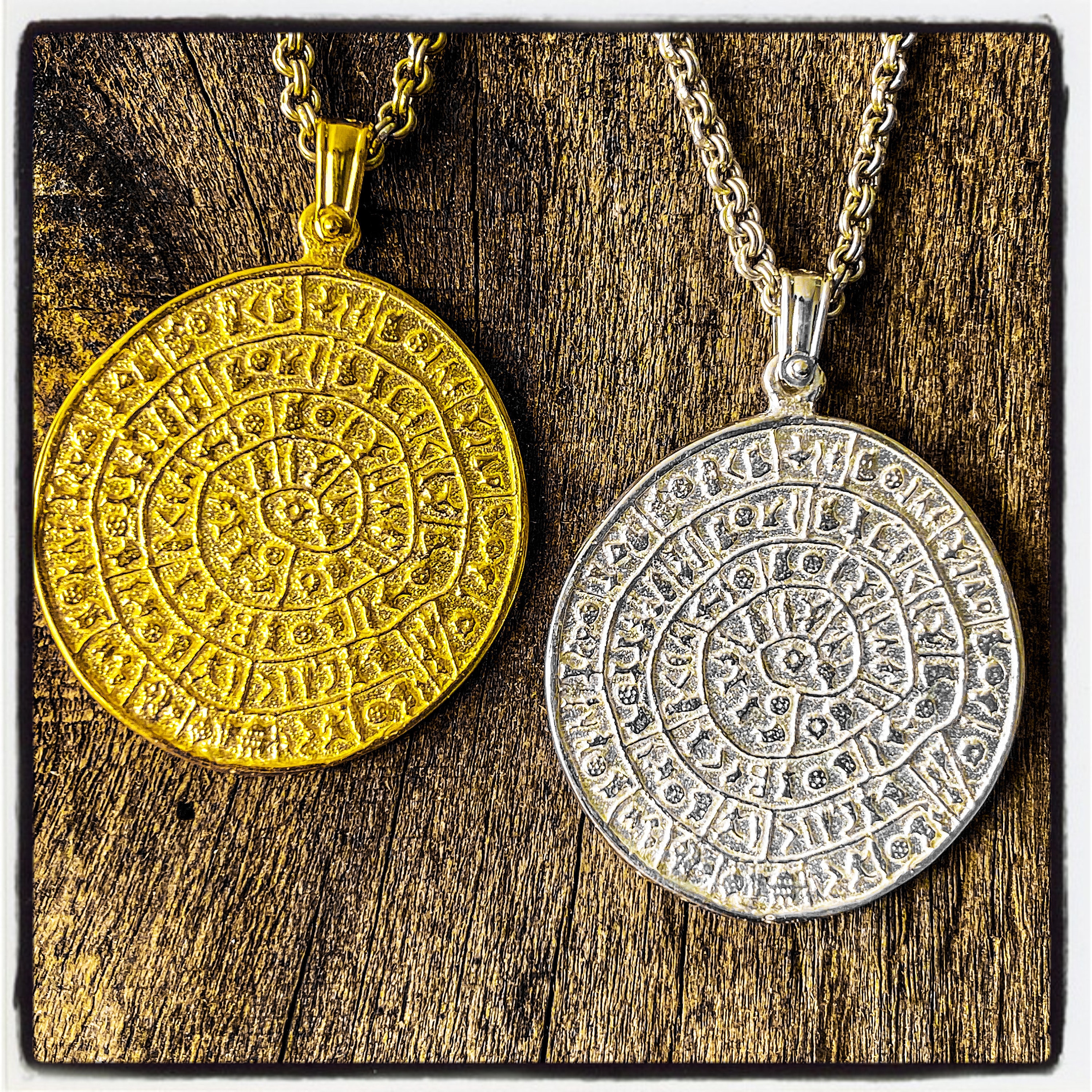 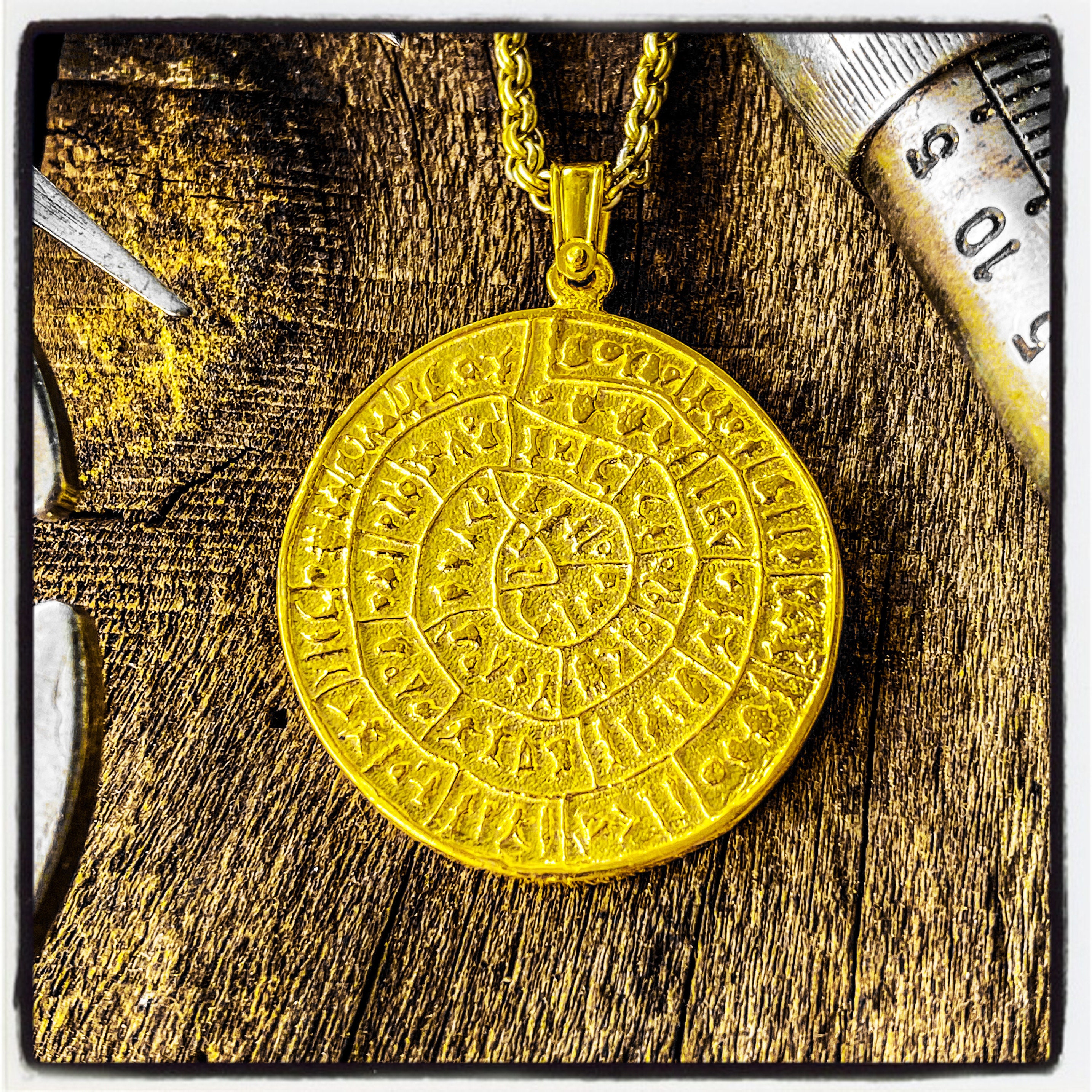 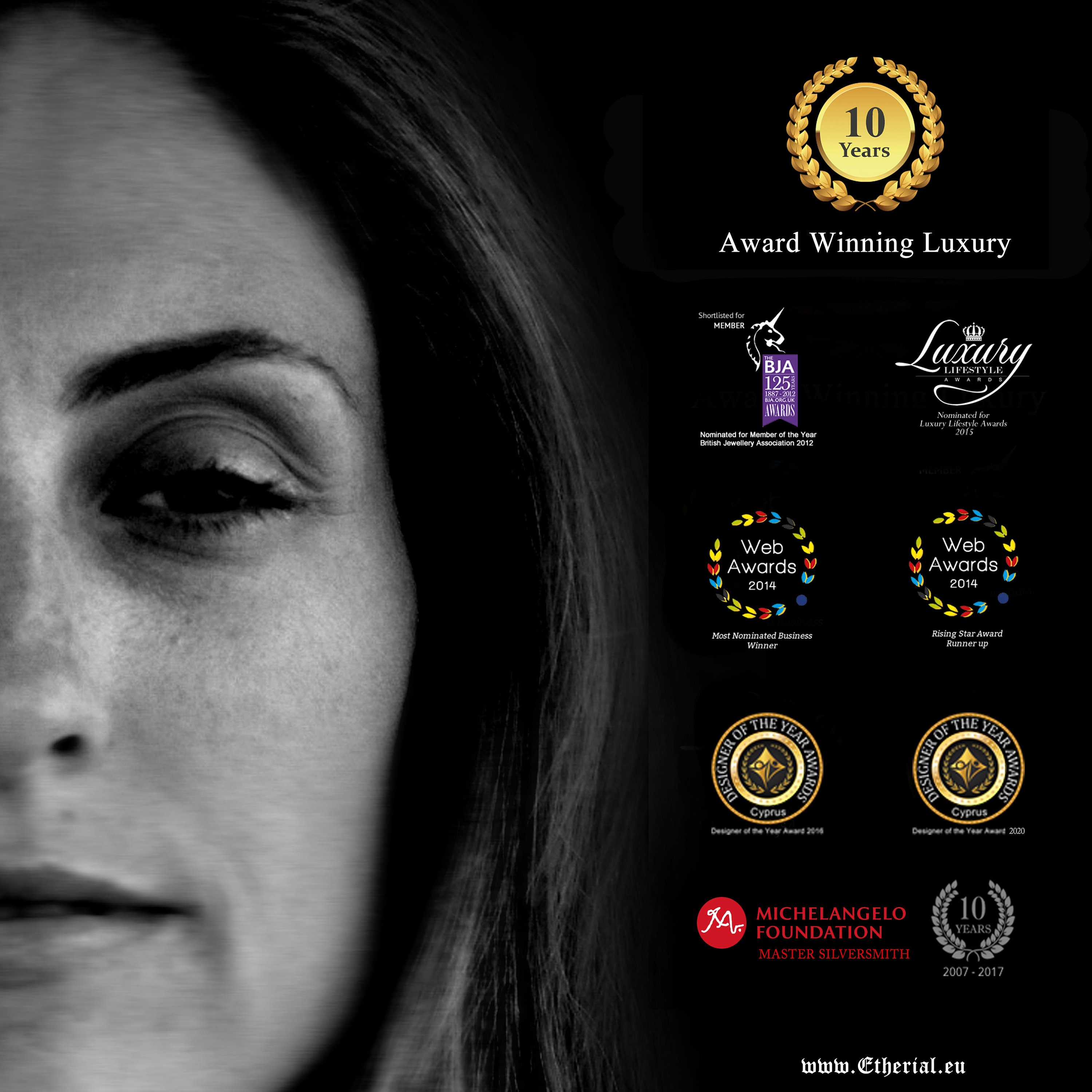 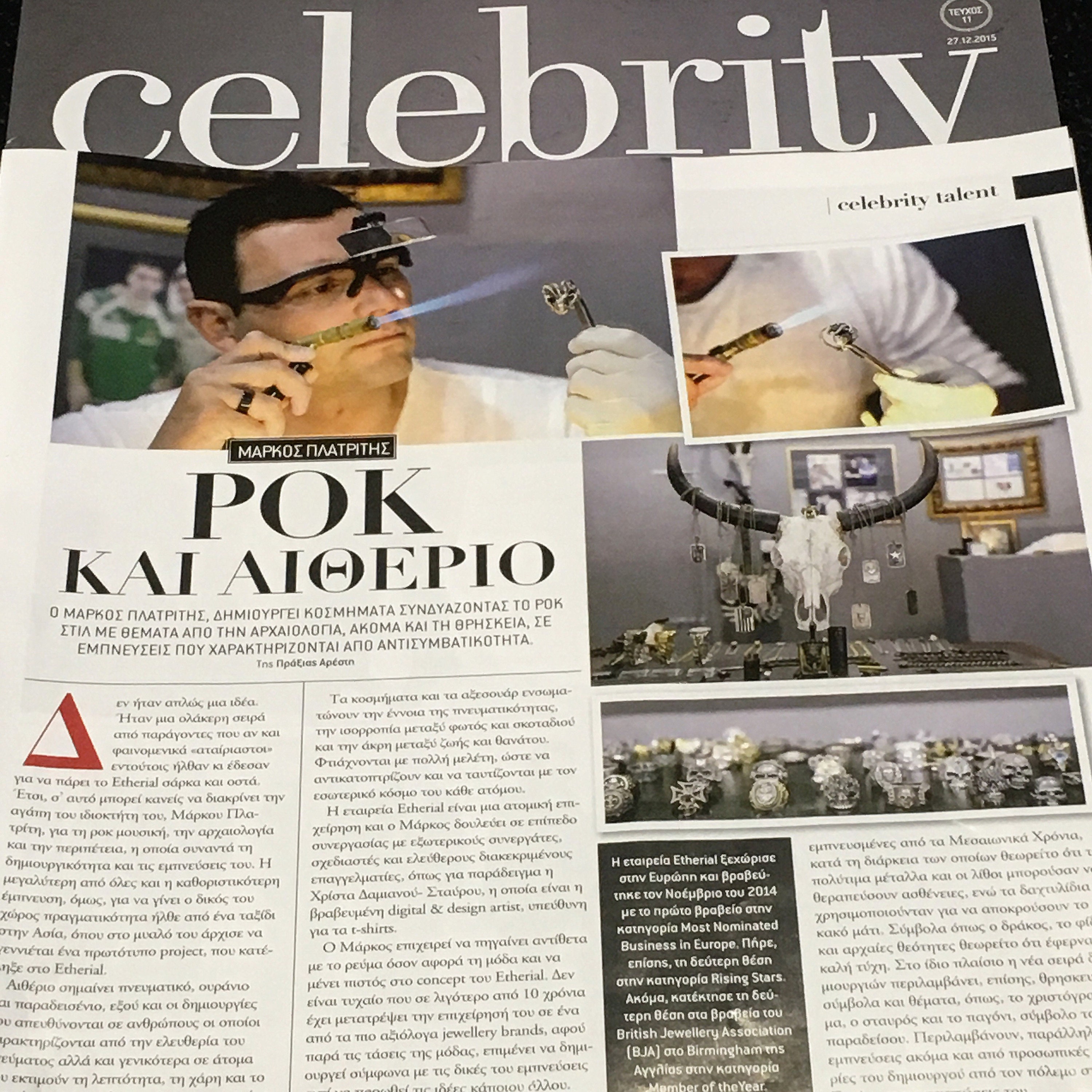 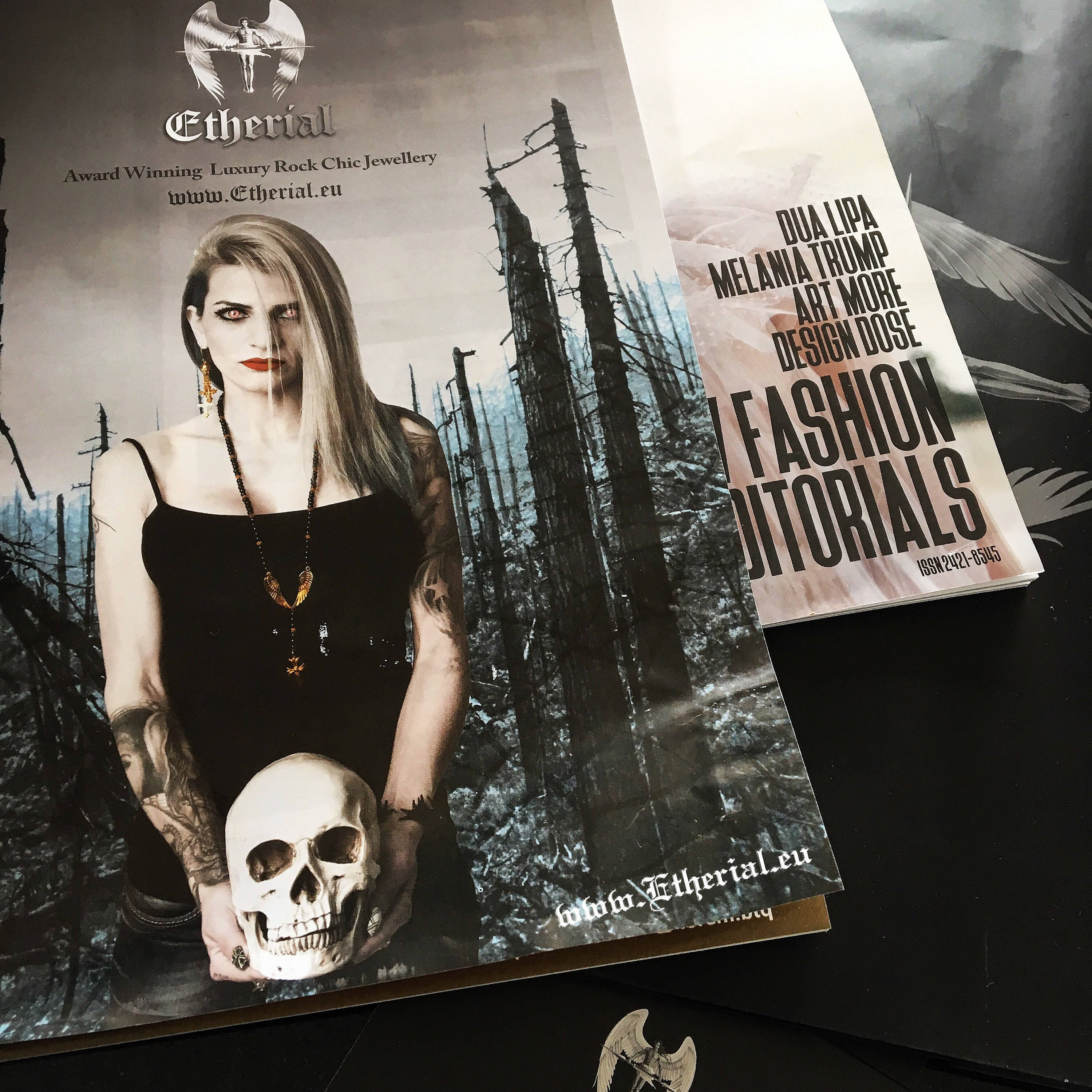 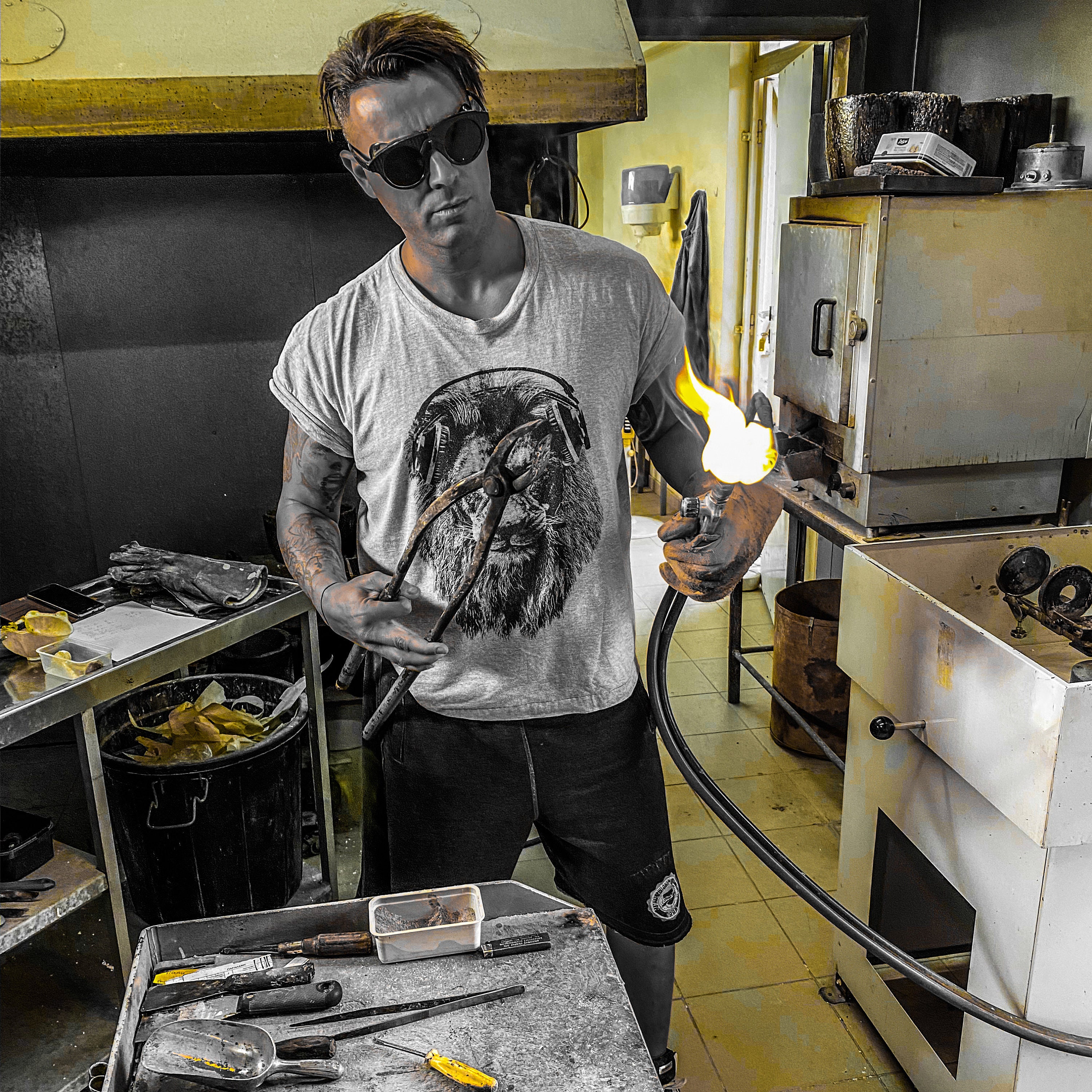 The Phaistos Disc is a disc of fired clay from the Minoan palace of Phaistos on the island of Crete, possibly dating to the middle or late Minoan Bronze Age (second millennium B.C.). The disc was discovered in 1908 by the Italian archaeologist Luigi Pernier in the Minoan palace-site of Phaistos, and features 241 tokens, comprising 45 distinct signs, which were apparently made by pressing hieroglyphic "seals" into a disc of soft clay, in a clockwise sequence spiraling toward the center of the disk. The Phaistos Disc captured the imagination of archaeologists, and many attempts have been made to decipher the code behind the disc's signs. While it is not clear that it is a script, most attempted decipherments assume that it is; most additionally assume a syllabary, others an alphabet or logography. Attempts at decipherment are generally thought to be unlikely to succeed unless more examples of the signs are found, as it is generally agreed that there is not enough context available for a meaningful analysis.